Why should you fail in marketing?

Why should you fail in marketing?

Have you just remembered one of your school exams which you finished with a big, red “F” grade? Maybe you’ve imagined an athlete who finished last in the World Cup? Or, what is even more likely if you are an entrepreneur, you have had in front of your eyes a company which went bankrupt?

These associations are quite popular. The vast majority of people treat failure as a synonym of shame, pain, unfulfilled expectations or disappointment. It’s normal because for centuries the one who lost the competition has been pushed to the dustbin of history. There has never been a civilization that would glorify the defeated. In the end – only victory matters.

But is it always true?

Well, in fact, if we think about it more deeply, we can find plenty of examples of entrepreneurs who have finally achieved success after dozens of failures. Probably you know the story of Walt Disney who was fired from a newspaper because of his “lack of imagination and not enough good ideas.”

However, not many people know about Netflix’s failures and what was the first business idea of that company. Netflix started as an online DVD rental service. It quickly turned out that Netflix had to change the business model in order not to go bankrupt.

It’s OK to fail. But only if you do it consciously

“Fail fast, fail often” – sounds like a counterintuitive concept? 20 years ago I would have agreed with you. In the past, we had in marketing something called a “market research phase”. You did some analysis, checked recent scientific predictions or also surveyed some potential customers. After that, you drew conclusions and, on their basis, you could create a marketing plan focused on a unique, big idea.

Then (in the times when France won its first World Cup!) it could work. But nowadays? Just take a look what happens in the Internet in 2018: every minute people create 2.4 million Snaps, more than 4.3 million videos are watched, 375k apps are downloaded from Google Play and App Store… Don’t believe in social media stats? Over the last 30 seconds, we have also spent almost 900,000 bucks using e-commerce sites!

Booom! Today, we live in complex and volatile business environments. The market constantly changes due to evolving customer needs, which are stimulated by the rapid technology technological development. There is often no time for elaborate studies, and even if you create a marketing plan, your yesterday’s breakthrough idea tomorrow can be simply useless.

Traditional marketing is like a monarchy – it still exists, but definitely more often you read about it in books. Its place has been taken by marketing based on hypotheses and experiments.

Modern marketing is all about continuously adjusting activities to find the perfect product-market fit and an associated proposition. There is no better way to find out if something will work than setting some KPIs (Key Performance Indicators), building a prototype and letting the market test your hypotheses.

It will be probably painful. After a second, fifth or fifteenth experiment you will feel like a fool. For instance, James Dyson tested 5,271 prototypes before he finally created a vacuum cleaner that met market expectations. What’s more interesting: even then, he couldn’t find in the US and Europe a partner to license and manufacture his product. In 2017 his company had a revenue of 3.5 billion pounds ($4.8 billion).

However, before you get into the whirl of testing, you need to remember a few fundamental rules that will protect you from total defeat (bankruptcy, debts and destruction of a good idea).

Don’t spend too much time creating the perfect plan. Overthinking is one of the biggest business sins. If you wait for this one brilliant conception that’s refined in every detail – I’m 100% sure that you will never get started.

But remember – stay out of trouble. Poor ideas usually quickly show their true colors. If you see that this car will not drive far, just scrap it. Ideas are a dime a dozen.

Today’s world is constantly changing. Don’t stop improving your ideas or developing new ones. Remember to store all information about failures – their reasons and effects. This knowledge will help you make future decisions smarter and faster.

If you never count your money, you will not know when you become a millionaire. On the other hand, you’ll know perfectly well that you’re broke.

Always measure the outcomes of your activities and compare the results. Numbers cool emotions and these are hard to get rid of when working on your own idea. KPIs will help you objectively assess whether an idea makes sense.

Accepting failure in marketing is not an easy task. This approach will pass the test only in an environment with good leadership and a strong organizational culture 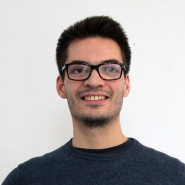 I am a Digital Marketing Specialist with over 5 years experience. As a Scrum Master I learned the ins and outs of complete SaaS product lifecycle – starting from product design and prototyping, throughout software development process, finishing on launching product on the B2B niche market.

Weekly Challenge: A Couple of Visual Design Tips for E-Learning

Are Pharmacists The Best Vaccination Providers?